Effect of a New Class of Compounds of the Group of Substituted 5R1, 6H2-1,3,4-thiadiazine-2-amines on the Inflammatory and Cytokine Response in Experimental Myocardial Infarction


This study investigated the effects of the L-17 compound of the group of substituted 5R1, 6H2- 1,3,4-thiadiazine-2-amines on the immune response and the plasma level of circulating cytokines in acute myocardial infarction (MI) in rats.

The study was based upon experimental work which demonstrated the role of local and systemic inflammatory reactions in MI. Acute MI in rats was induced by left coronary artery coagulation. Histological study of the myocardium sections has been carried out at the 1th and 7th days of the experimental myocardial infarction. Serum activity of creatine phosphokinase (CPK), aspartate aminotransferase (AST), isoenzymes 1 and 2 and lactate dehydroge nase (LDH1-2) were investigated at days 1stand 7th. ELISA analysis for plasma cytokine levels was performed using commercially available test kits following the manufacturer's instructions.

Biochemical analysis in animals with the administration of the L-17 compound after MI showed that the AST and CPK levels at days 5 and 7 of experiments did not differ significantly from the values of intact animals.

Thus, the introduction of L-17 compound in case of experimental MI delays exudative/alternative phase of inflammation, accelerates granulocytic and decreased the inflammation and anti-inflammation interleukins level.

Institute of Immunology and Physiology (IIP) of the Ural Division of Russian Academy of Sciences, 106 Pervomaiskaya str, 620219 Ekaterinburg, Russia. 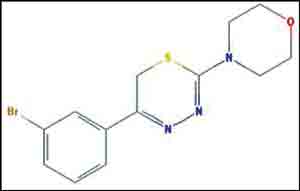